Carryme … Home, to a friend, as a present?
This charming orchid was selected especially for you to enjoy for yourself or to delight someone else with something exceptional! Our breeder nurtured the Carryme Phalaenopsis intensively for an entire year so that you would obtain an orchid of the very highest quality. Will you be taking over the care of this beautiful plant? When you do, you will notice that its buds open one at a time to reveal an even more attractive plant a few weeks later. Given the proper TLC, the stunning looks of this orchid will enchant you for at least two months. It might even surprise you a second time, with still more flowers …
Would you like to know how this is possible? Then please see the heading ‘Carryme: second flowering’.

Watering
Phalaenopsis prefers soft water, preferably rainwater, provided at room temperature (tap water often contains too much calcium). Water approximately once a week, preferably in the morning, to allow the plant to absorb the moisture during the day. When watering, saturate the potting soil instead of the centre of the plant itself.
Even better is to immerse the pot in a bucket or bowl of water for a minute and then allow the Phalaenopsis to drain thoroughly before returning the pot to its cachepot.
Orchids like a warm, moist climate. During the winter months, when the heating in your home is turned on, the air can become too dry. In this case, do the Phalaenopsis a favour by misting it frequently with soft water. In turn, it will provide you with the longest possible enjoyment.

Fertilising
Fertilise the Phalaenopsis from March until the end of October, preferably twice a month, with special orchid fertiliser added to the water. Your Phalaenopsis will probably develop aerial roots that grow outside of its pot. There is absolutely no reason to remove these; their appearance is simply a sign that the plant is happy and doing well.

A bright location
Put the Phalaenopsis in a spot with sufficient light but please avoid harsh sunshine – especially during the summer months. If the leaves turn yellow, this is evidence of too much direct sunlight. Should flower buds drop or the leaves turn a markedly darker green, this could indicate a possible lack of light. The development of a Phalaenopsis can be adversely affected by draughts as well as by being located too close to a central heating radiator or other heat source.

Carryme: for a second flowering 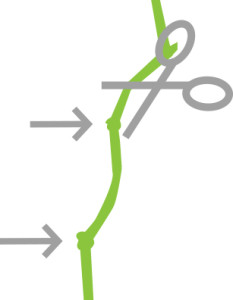 To get your Phalaenopsis to flower again, you will have to snip off the faded spike above the second ‘eye’ from the bottom (the ‘eyes’ are the thicker notches on the spike). By doing this, your Phalaenopsis can produce a new flower spike for as much as two times consecutively. After the second flowering, it’s better to remove the entire spike. Once this pruning has taken place, let the plant rest in a somewhat cooler spot for a month or two and reduce its water intake during this period. This cool treatment stimulates the formation of new flower spikes. When two months have passed, return the orchid to its former location and start watering it on a weekly basis, as prior to the dormant period. Some four months later, a new spike will develop and your Carryme Phalaenopsis will start to flower all over again.

More information about Phalaenopsis is available at www.orchidsinfo.eu

The Carryme assortment includes varieties in a large range of Phalaenopsis colours and each plant bears two or three spikes. Only the highest quality plants are sold under the Carryme label. 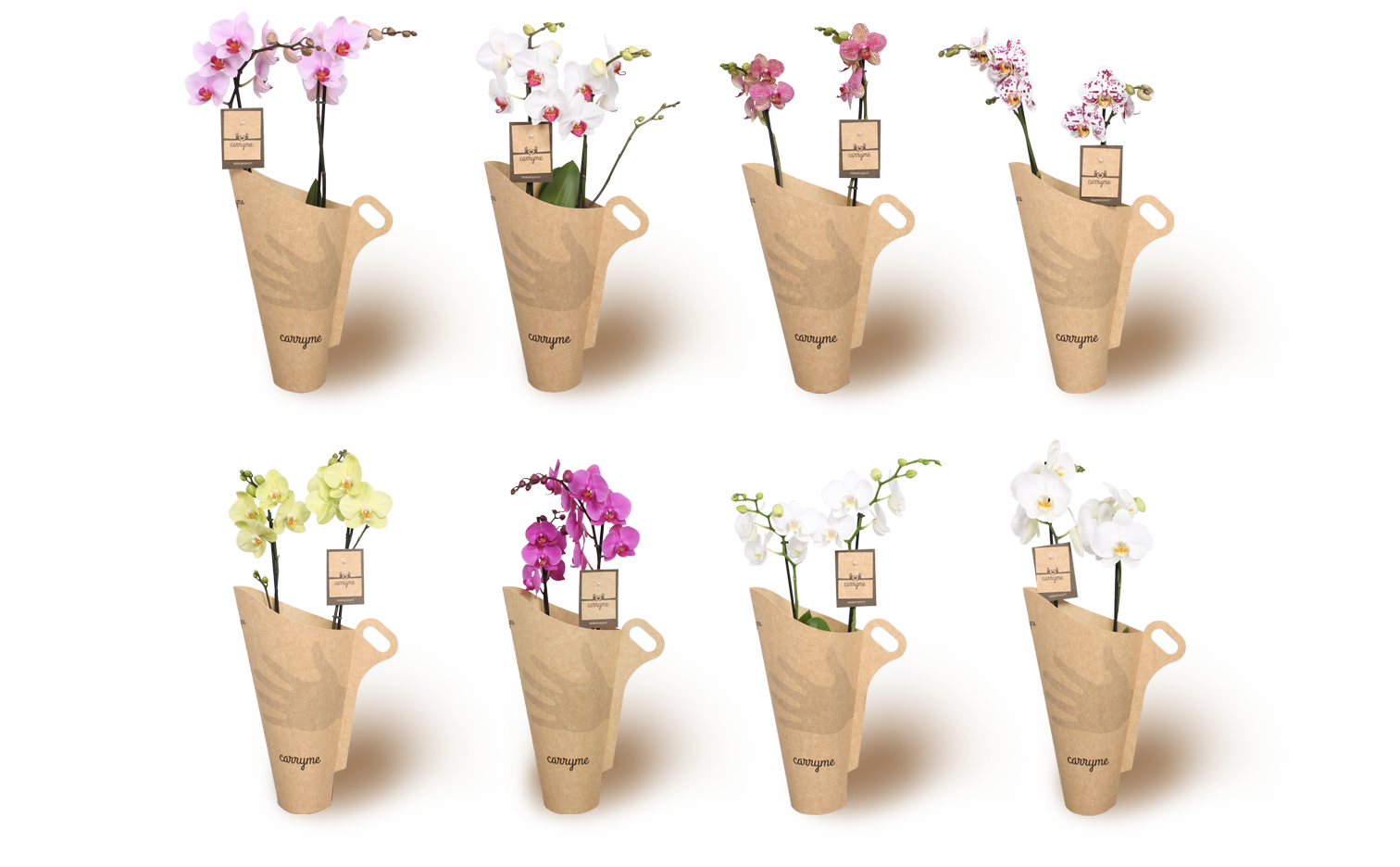 The Carryme Phalaenopsis is grown with the utmost care by a number of Dutch nurseries. Click here for more information.